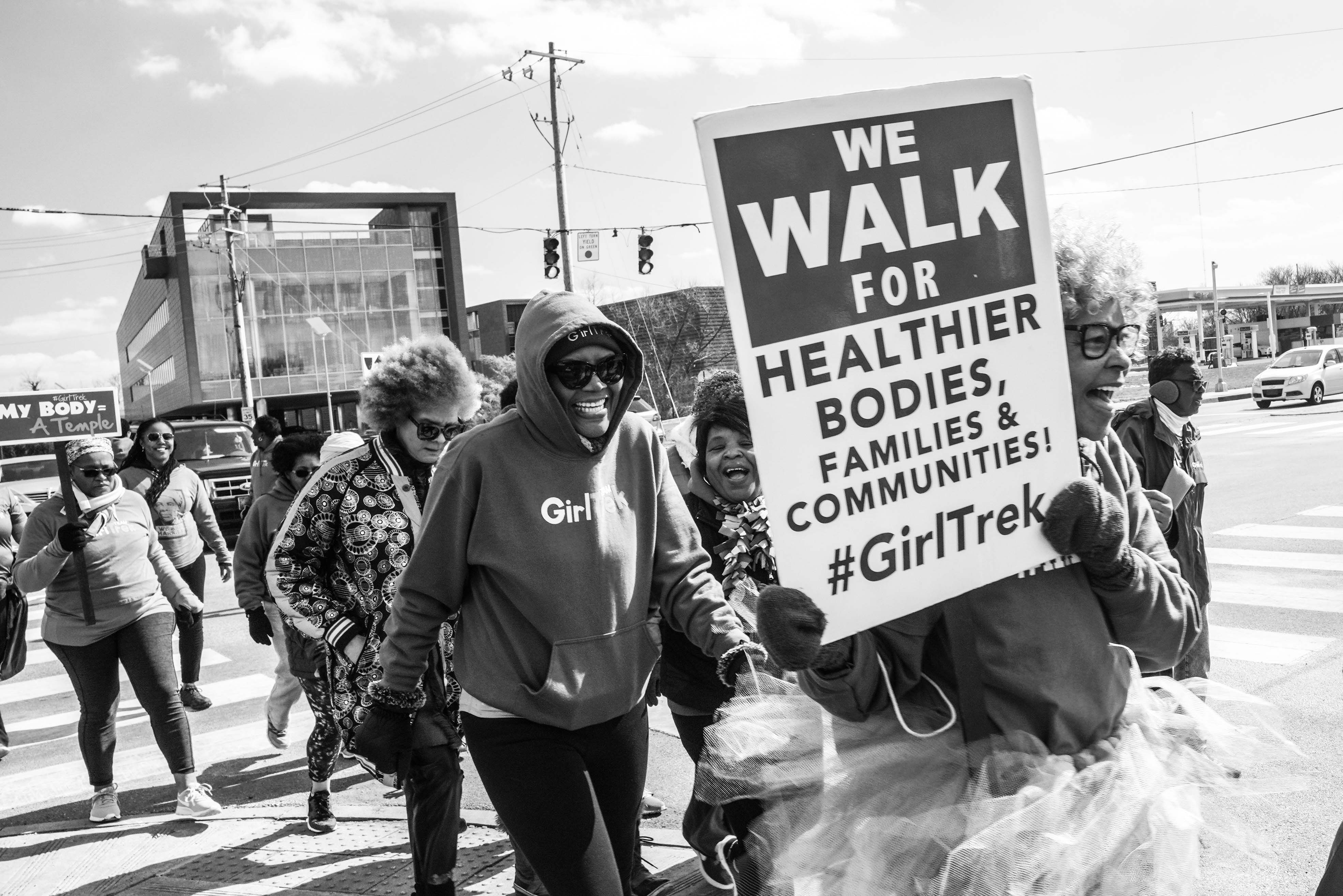 In the spring of 2018, Taylor was invited by Girltrek’s founders Vanessa Garrison and T. Morgan Dixon to photograph their historic 100 mile walk in the footsteps of Harriet Tubman’s great escape to freedom.

Words by Kaitlin Menza from https://www.cosmopolitan.com/lifestyle/a19456540/girltrek-harriet-tubman-walk/

"Right now in our country, and for women in particular, we’re looking for solutions. Morgan and I were trying to move ourselves out of turmoil," Garrison explains. "We looked to our history—and of course, African-American people have already overcome much more significant moments than this one. Always rising to the top was the story of Harriet Tubman."

The two women are best friends, and business partners. They founded GirlTrek, an organization dedicated to encouraging black women to walk just 30 minutes a day; 82% of African-American women are overweight or obese, and study after study proves that this simple commitment could have a major impact on one's health. Since they launched the group in 2012, GirlTrek has reached 125,000 women, becoming the largest movement for African-American women's health in the nation.

Still, Garrison and Dixon yearned for motivation for the year ahead. They found it in Harriet Tubman.

‍"She walked. She navigated her way, then she went back, and got her friends and family. That's literally a blueprint for how to build this movement," Garrison says.

March 10 marks Harriet Tubman Day in the United States, a nationally designated day to celebrate the abolitionist hero, and so the pair decided to honor her in the greatest way possible: by retracing her steps on the Underground Railroad. They'd walk 100 miles in five days.